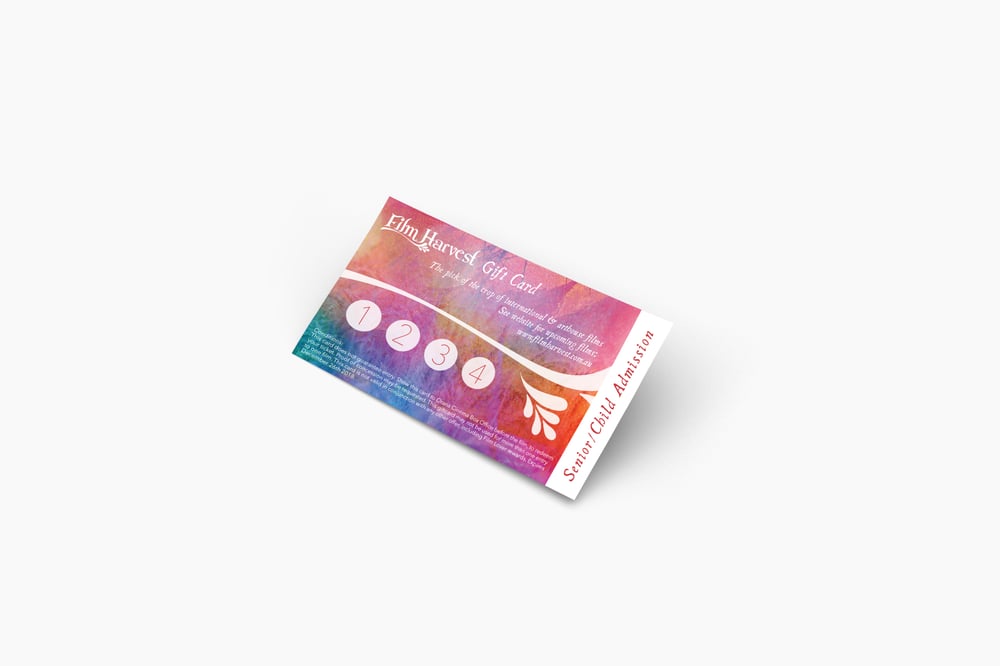 Give the gift of top notch film and open doors to creativity, imagination and intrigue, with a Film Harvest Gift Card! - An experience instead of an object.

Film Harvest presents the pick of the crop of alternative and arthouse films every Wednesday, in premium Cinema surrounds throughout regional Western Australia. This independent ongoing film programme presents a new programme every month - complete with arthouse and international film, acclaimed documentaries and fresh Australian films.

This gift card gives concession admission for seniors and children, to the recipient’s pick of four Film Harvest films at Film Harvest.

Film Harvest films are screened every Wednesday at 6:15PM at the following cinemas:

*Must provide proof of concession on entry at the box office. Available for children 13 and under.